A bit late but this was the state of affairs back in August. Looking after the baby,trying to keep the garden and house up together aswell as doing garden projects that had been long put off was impossible. Something had to give. So I weeded round the whole back garden and front garden once and then took to the projects that never got done. 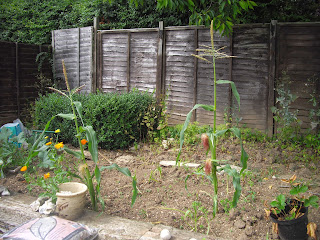 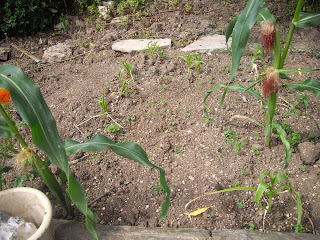 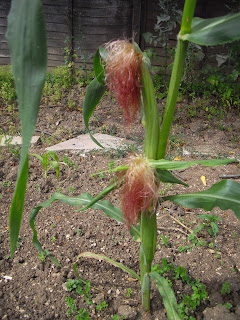 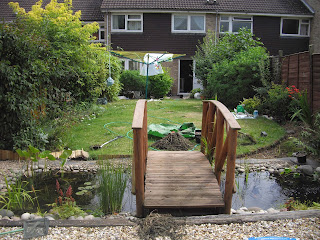 Pond has had the plants cut back and the oxygen weed trimmed as it went a bit wild. STILL need to finalise edges etc at some point and put a fence or something across to keep Jessica out next year. 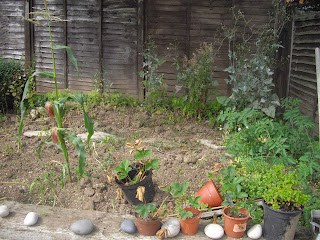 Foreground lots of strawberries from 1 plant 2 years back. 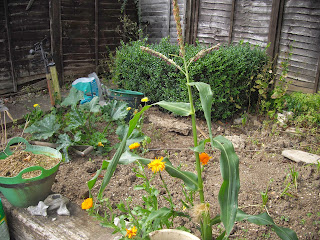 Nice calendulas although not many at all this year and corgette 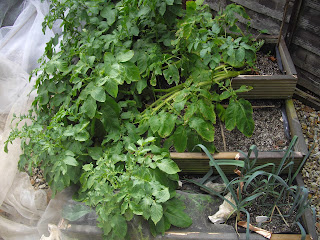 A stray potatoe got left and went wild!! Has an awesome crop out of it! 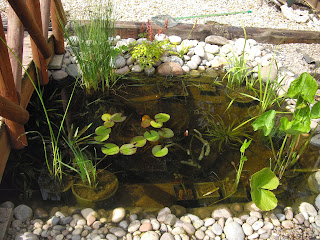 Added some new plants this year again. Trying to get a lot of green in the pond to naturalise it. 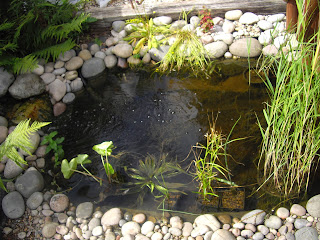 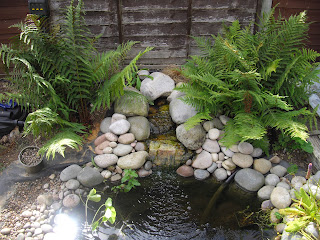 Cascade with the ferns really works well here but we have a massive problem with the blanket weed!! 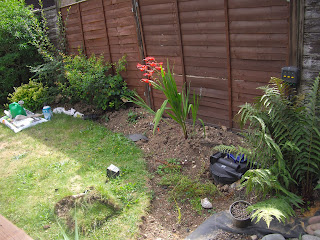 Finshed shapng this end of the border by the liner so it goes round and put some new plants in. Hope one grows up nicely to cover the filter. 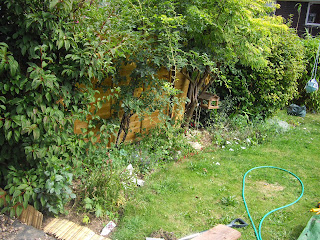 So all in all not a bad year. Shedloads more done than last year when I was heavily pregnant and only got 1/4 way round. Even managed to get some pots that I brought last year - and somehow survived! - put out in borders and in bigger pots.

Will put another update up later on for the end of season ...
Posted by RebekahC at 15:10 No comments: