Blog attempt 3 ...!! Will I get it completed this time?! This past month has been really rough for me. Well scrap that this past 6 months has! I know I can't be alone here though. Everything just feels so dark - just like the weather of late! Just can't dig myself out of the big black hole. Not really easy to explain so i'll stop it there and just try and get this post out.

Pah! Sorry! I've lost my blogging mojo! I just don't feel like writing here most of the time now. I'm so behind and also a fear of writing a load of boring tosh because not much has happened! I have been very busy over the first part of half term though with the kids and hubby away at mother in laws house. I effectively kicked them out for 5 days peace! Had some down time, tons of housework time and gardening time. Was trying to catch up on stuff that you say you'll do later but gets worse until it really annoys you! Any way for the purpose of this blog post i'm going to carry on with the catch up. Will I ever get caught up?! I seem to get close then loose my mojo!

So whats the big news? Well Sophie has wobbly tooth. NO! She has 3 wobbly teeth! ARGH! (This actually came out the day before yesterday when they got back from mother in laws house) It didn't seem like it was going to go anytime soon but has been annoying her for ages now. It's been hurting lots as the root has been dying off. You can see the big one is up behind it already and has been for months now! So it somehow needs to move it self forward over time. Will be interesting to see how it does it. 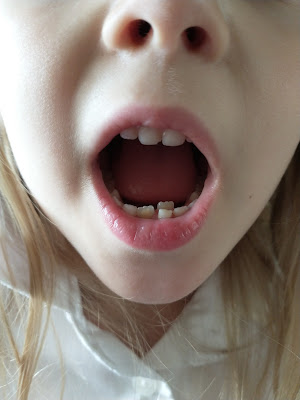 School run at pick up time was fun today. There was a thunderstorm skirting by the the South and I thought we were going to get soaked by it at one point. But I risked it and went without a coat!! Look at the blossom isn't it gorgeous! I love how nature makes a nice pink carpet for me to walk on! 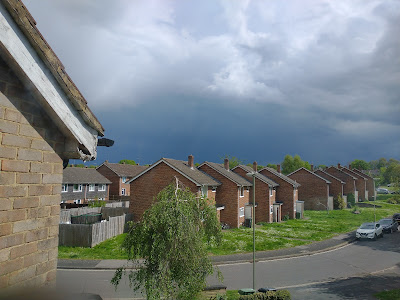 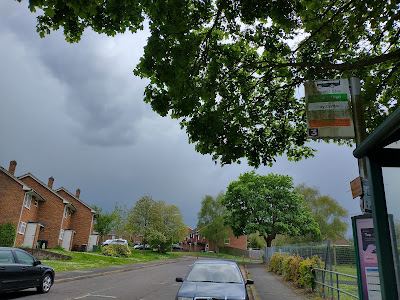 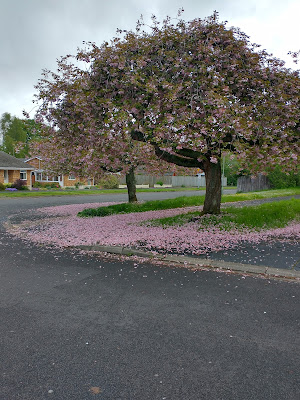 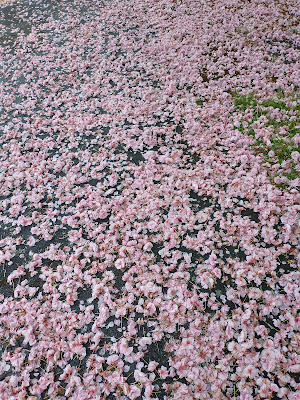 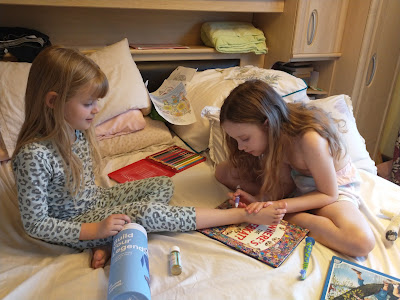 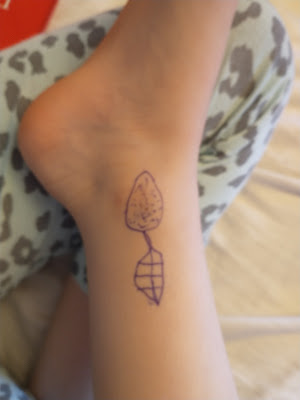 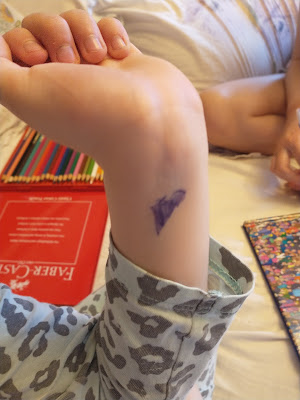 She not has a matching heart from Jessica like the one below that I drew for her before she went to school and was feeling wobbly. She is crying every morning which is a pain not sure if she will settle down now! It's been a good 3-4 weeks coming up now. Will have to see how things fair after half term. 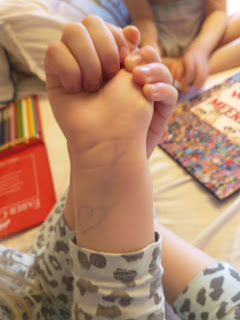 Tuesday 18th May:
For some reason I have a picture of some neatly folded knicker parcels ...! Anyone else fold them like this?! I'm sure the kids don't get any pleasure out of it but I do. It's quite fun to do lol. 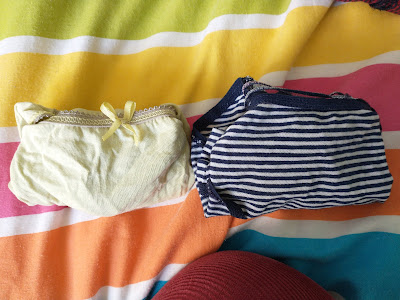 Wednesday 19th May:
The only picture I have from today was a convective looking one! I remember this there were showers close by I had to run in case I got drowned. I took my brolly but got lucky enough not to need it on school run! I did this for about 3 days in a row lol. School run russian roulette! 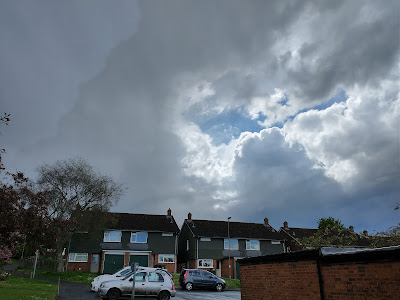 Thursday 20th May:
Today Sophie decided to be pregnant again. This is quite the pregnancy bump!! It's actually a plastic "hard" hat for her construction set. But it gets used more for a bump lol! I'm quite sad though as this got broke in 2 halves last week. Jess threw it on the patio and it smashed spectacularly! So that was the end of that! She wasn't being malicious she was trying to bat it like a ball and just didn't think it through ...! 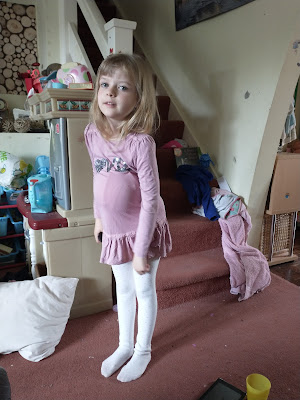 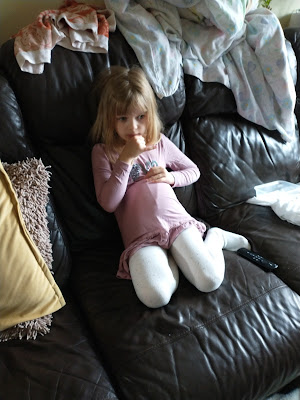 Checking in on the veggies and all seem to be doing well. Dying to get them out but can't yet because it's too damn cold still! This first piccie has Tomatoes, sweetcorn, beetroot, brocalli, lettuce and courgette in. 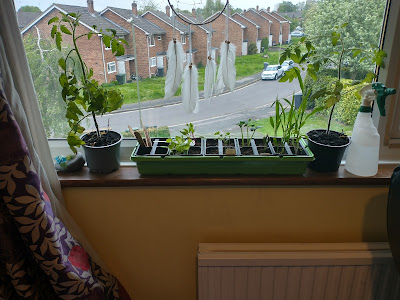 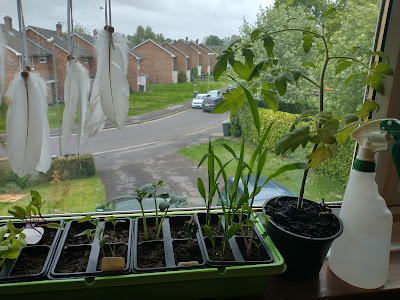 Here are Sophie's books from school! These are to read. It seems we send one back and they send 3 home! Therefore we never get to the end ...!! 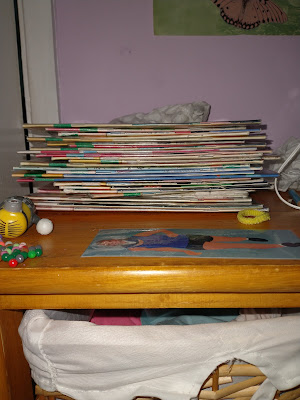 Friday 21th May:
Now Boris Johnson has said we are allowed to see people again we have hubbys university friend over for the weekend for a Eurovision party! Today we have decided to go to Southampton and buy the Kallax unit we need for Jessica's bedroom! Not sure if we you remember me tackling this over winter.
Alongside the unit I had these 3 things on my shopping list ... 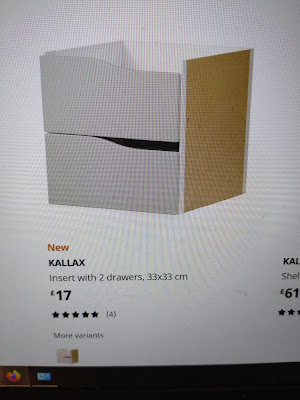 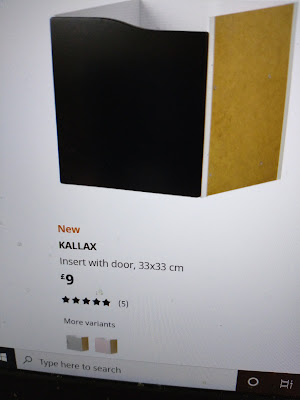 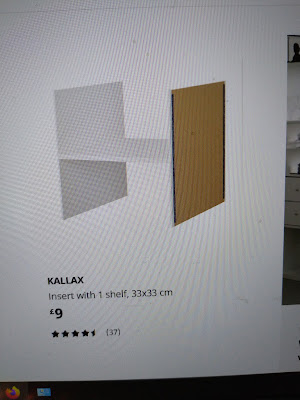 Well here's a good laugh for you as they had nothing I wanted! Literally lol!! I wanted the 3x4 unit but they only had one oak one in stock and that was the 4x4. So had to take that. There were no shelves except glass so we had to take 2 of those. And only one cupboard but i've forgotten what colour it was and I don't think it was the easy opening one either? So i'll have to buy online instead gah! (When I get round to it. One month later and I haven't yet ... Such a procastinator!!)
Right that will do for now so that I can get this out to you. I might try and aim for some daily!? hahaha - updates while I try and catch up. Lets see how this goes shall we!!? Depends on where my mind ends up tbh. Sorry for the radio silence again i've just not had the mental capacity to sit and write in a positive frame of mind. This is also a busy time of year coming up to with prep for both girls birthdays next month which are 10 days apart from each other argh! Sophie's is easy as she is having a party bus but Jessica's ... Well depends on the weather as to whether it's indoors or out, 2 people or 7! Right it's 00:40 and Monday tomorrow so I need my beauty sleep! Ha! Take care all. Chins up! Lots of love from The Mad House Xx