How many chickens can a man fit on his lap?!

A super short blog post today as it was a super quiet weekend. I'll dive right on in ...

A mostly quiet weekend on this update. I start by cleaning out the chickens. They appear to be busy and are in their flower border (what's left of it) having a dust/dirt bath. They all appear to jump up on hubbies lap which is a source of entertainment for all! Video here: https://photos.app.goo.gl/hFwDEGG5DWsQWRSD6 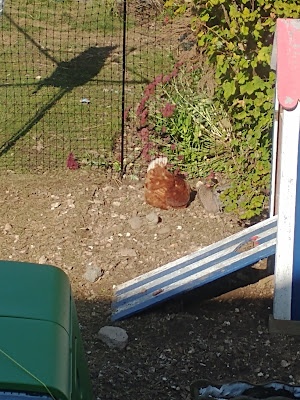 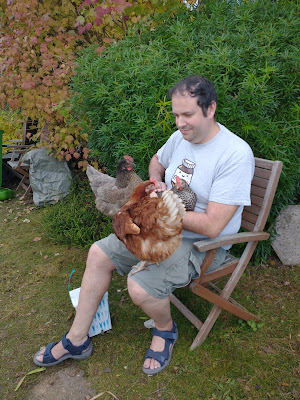 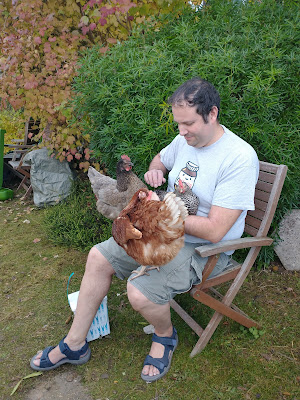 Whilst out in the garden I remember to take a look at the veggie patch. With it being so late and things dying down now I keep forgetting. Picked a courgette and a cucumber. That's the last for this year. 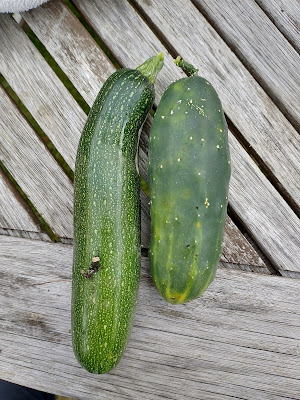 I come in and grab some lunch then set about more kids clothes work, Under this pile is a rocking chair. It is mostly all piled up behind it. It is old clothes of Jessica's that are now too small and destined to the loft for Sophie. So I pull out and sort what's for using now and then into appropriate age ranged boxes. Then stored in Jessica's room temporarily until hubby has sorted the floor in the loft and they go up. 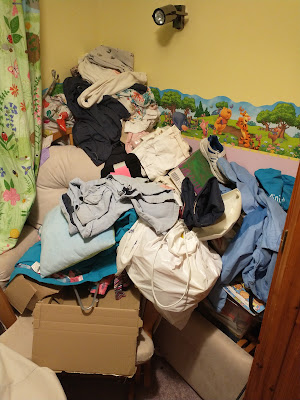 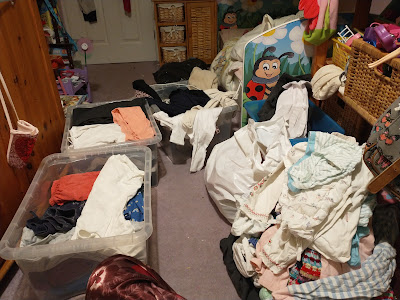 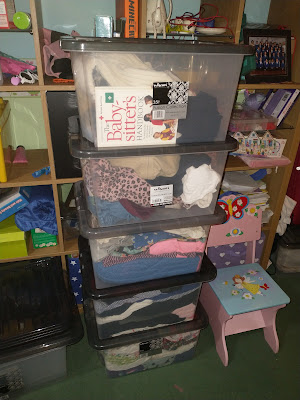 Today is a right off. I have a headache so I lay back in bed for a few hours with some drugs to try and get on top of it. Then I get up and just potter around but feel somewhat headache hungover. So nothing really done today.

Just a short blog today for you all! Makes a change aye! To current times and it's the end of November and we are the house of the ill people ... for the 3rd week running! 2 weeks ago Sophie was sick so off 2 days. Last week Sophie had a her flu vaccination then started with a high fever and flu symptoms the next day. Clearly reacting well to that then with a nice high immune response. The day after she was mostly better but school wanted us to test her in case of the Rona. So I lft-ed her. She had a runny nose which has continued since. Roll onto today Monday and she is coughing and really snotty. So there is a chance she was starting with a cold just as had the flu jab and symptoms are all mixed up as one. Either way I sent her to school as normal as we had already tested her end of last week. And now Jessica says she is achy arms and legs. But no other symptoms at all. No fever, no cough, etc etc. So will see how she is in the morning! Let's hope we are getting the illnesses out the way before Christmas! Right i'm gonna run off and start on the next blog entry! Hope everyone else is well! Love from The Mad House Xx