A weekend catch up

Here's another catch up post! Not a lack of these is there??! It's a bit late here. 5 mins to midnight. I've been doing research on chickens before we get ours! So much to it! Got a while to wait yet as the coop isn't coming until around the 19th of July so won't be til later that we finally get them. Right on wards we got with the update ... Or backwards as the case is ...!

It's garden day! I go up the garden and check and see little flowers and berries coming through on my raspberry plant. Yippee! Another 4 weeks or so and they'll be ready for picking. Look at the 2 little bee's on it fertilising it. There was loads all over! 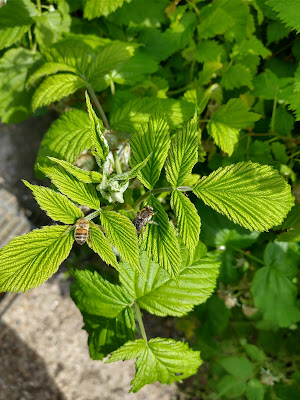 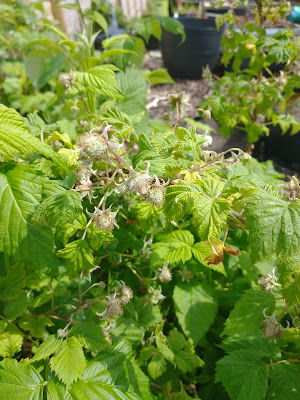 Today I oil some more planters. These are my small 40cm sq (or so) ones. I had 4 of them in a big square with my sweetcorn in last year but they weren't that deep so didn't work as well as my 50cm tubs. Lesson learnt for this year! And then I oiled another side of my 3x3 planter. 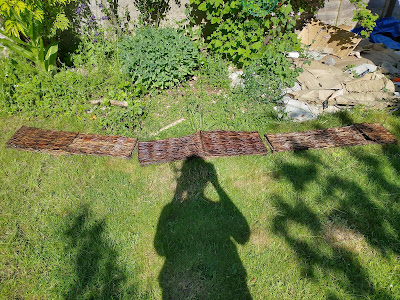 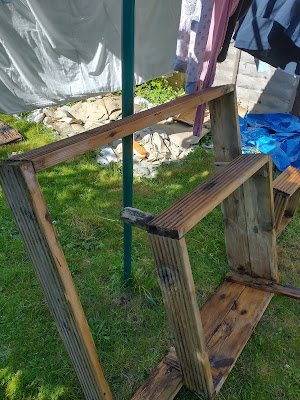 At this point i'm stuck again. My mood has taken a turn for the dumps and I just can't motivate myself to do anything that is any form of progress. I dunno if its the others having come back home and i'm no longer free or whether it's the change in the weather. Probably a bit of both but the weather does get me down. I wander around and just see mess, no structure and no where I can plan anything. The weeds are rampant and tbh I can't be arsed. It's like fighting a loosing battle. I need a shed! But we have had garden men come and quote us a lead time of 3-6 months on getting work done! So we are looking at between September - March just to get a shed. Then I worry ahead that once i've got one how do I order the thing so it's not a open the door and chuck the junk in job! 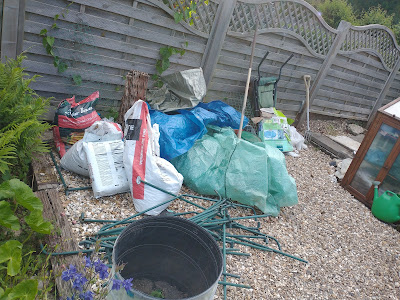 Think i've shared before but this top corner is where the new shed will go. It's currently sporting some new weed growth ...! (not in this pic) 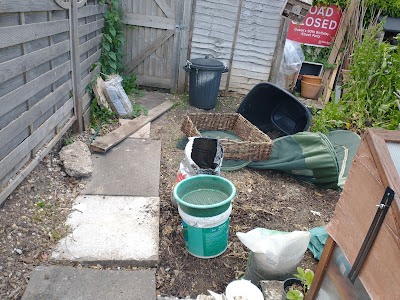 Urgh what can I do here? I need to take that spinach out as it's gone over and the Carrots are now done and bolting and going dry too. 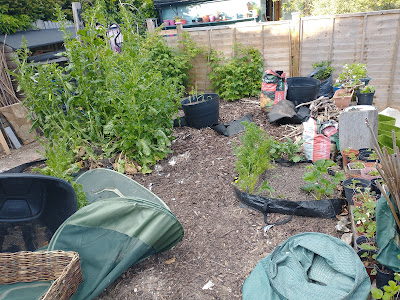 Current look at the new veggie patch ... Still messy. It will have a retainer that will be sleepers down each side and a brick path down the middle. 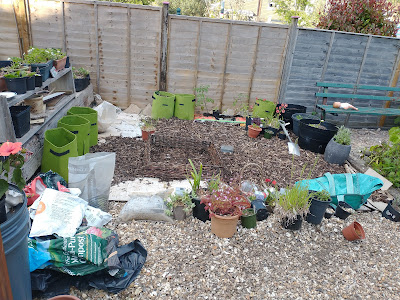 A view down the garden. 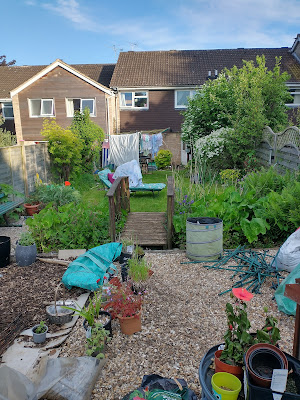 Pond massively over grown and in need of work 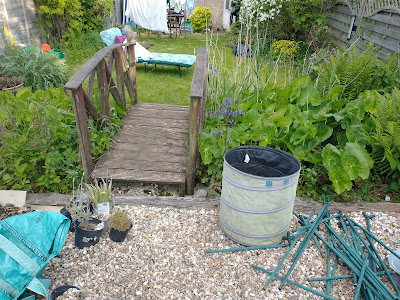 Child hiding on the sun bed ... 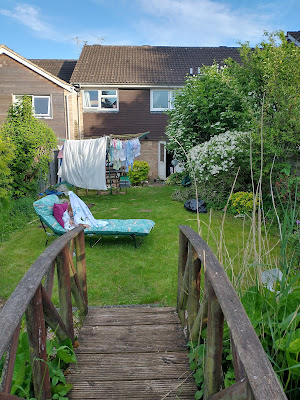 Child spots me and asks for her picture taken ... 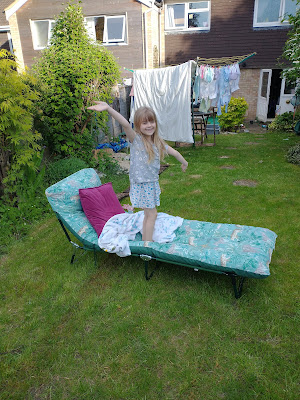 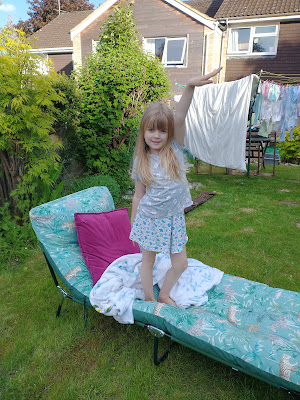 We look in the pond and see a froggy sat on a bit of card that's found it's way into the middle. Sophie says I must photo it. 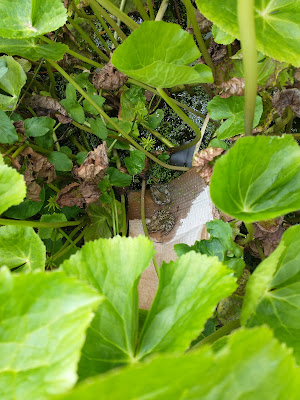 i then feel guilt i've done nothing. So against all my down in the dumpsness I force myself to weed this little corner. Not much better but than nothing I guess 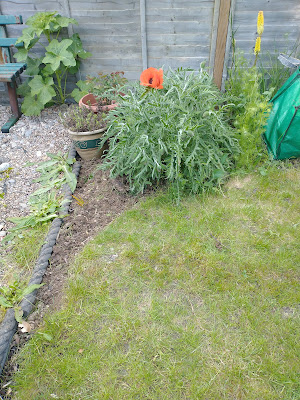 Fast forward to bed time and I'm checking in on kids. I spot Jess sleeping like this. How on earth is that even comfy?! LOL! 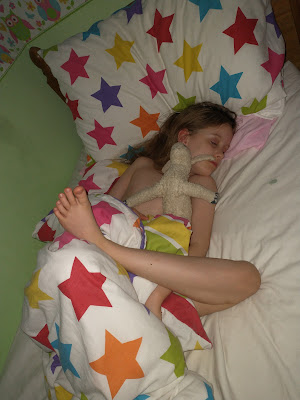 Sunday 6th June:
Still feeling really down in the dumps. No garden day today though as we have our play date in the park with 2 of Jessica's friends. One left and moved away during lockdown but went to the same school that J and the other one go to. She is only Eastleigh way so not far for a day trip though!
We go to Waitrose first as the kids want a picnic. As it happens we buy food and they don't want to eat it! Typical ...! That said here is a picture of Sophie with her yoghurt. Yes she is licking it out without a spoon ...! Well planned there mummy ... After the kids had picked at bits they went off over toe the park. Leaving us mums nattering. Thankfully we can see the park from here without having to over to it. Bonus! 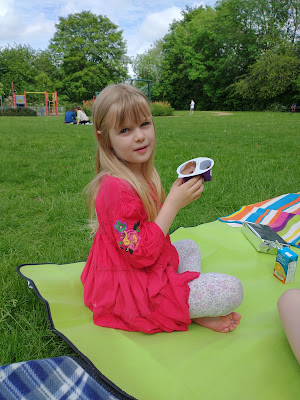 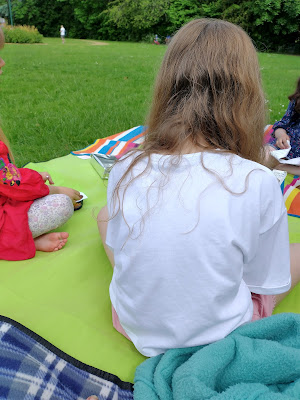 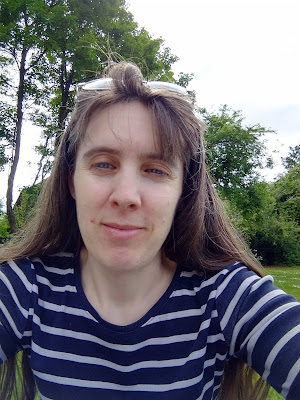 After a couple of hours we head home. Sophie decides to play doctors. Where she doctors herself ... as you do! She has a broken leg and is casting it with kitchen roll and sellotape! 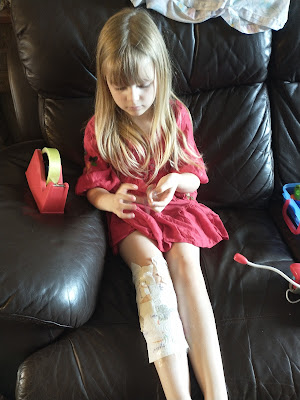 Just before bed the girls decided to do some trading. They even have a trading pad and a tick for yes and x for no lol! As always it ends in a fight when someone wants something someone else doesn't want to trade! The + means to put more items into the trade lol! 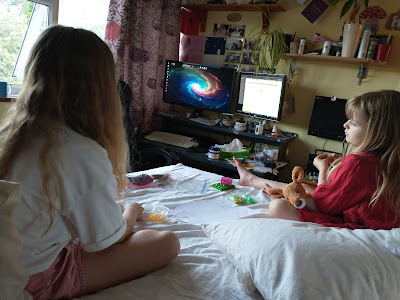 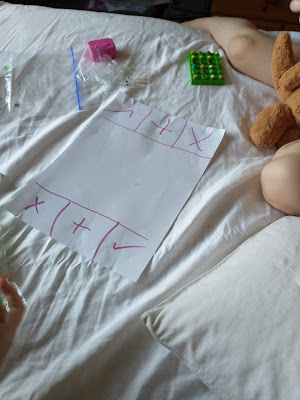 Right that's it for a quickie update. It's shorter than last time as it's not spanning a busy week. I will try and get another post up Mondayish. Not sure how much gardening I will get done this weekend as it's meant to be quite wet. So we shall see! Right i'm off. Feeling tired tonight! Sophie's still pulling her nightly visits. 2am last night - Yawn! Have a fab weekend one and all! Keep looking up. Lots of love from The Mad House! Xx