ARRRGH BACK TO HOME EDUCATING!!!!!

Well here we are again then! Back to home educating! ARGH! And another big ARGH! It was the day from hell. I sat in front of my screen last night trying to work out where to begin with no work from school yet but it's important to establish a routine from day 1. I decided it was best to drag out my old folder and file what we no longer need, bin the trash, and give away what others can use, and find out what can still be used. So I have a pile of year 3 despite J in year 4 and the EYFS stuff Sophie has well finished with so i've handed to our neighbour for her little man to use. 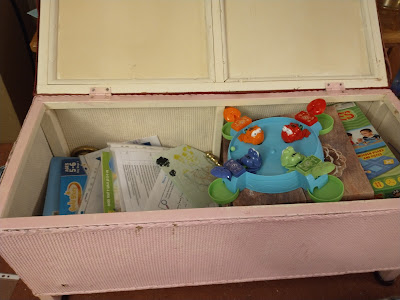 The folders were hiding in this toy box as I really have no where else to put them!
The sorting out of the folder! 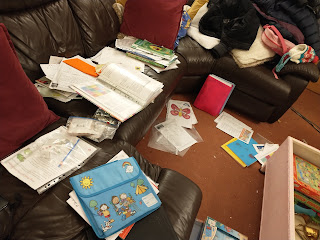 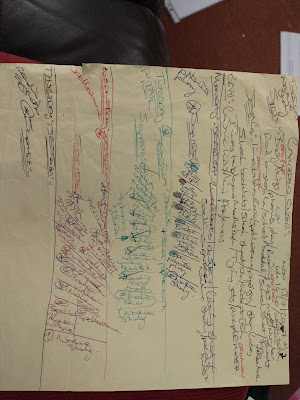 An example of the schedule from last time!
I found some sheets from the last lockdown that we hadn't finished with so thought I would treat the girls to a dead easy day. I planned English sheets, Maths sheets and Spellings. That was it. Any way you would have though I was killing Jessica as 10 minutes in she was crying and decided to cry for the next hour! She didn't want to do it - It was too easy, then it was too hard but the main reason was she wanted to be on her ipad playing with her friend! She was scared her friend would no longer be there when she got back. And that she promised her she would play with her. She said if she didn't then her friend would go back to school and tell everyone she broke a promise and then she would have no friends. Poor love. Relationships are so damn hard at this age!! I remember it myself!

Any way after an hour I conceded that I was beat and I had to release her to internet land. I came to an agreement she could leave 1 Maths sheet so longs she completed her spellings before going.

Sophie however was a dream and finished all her work easy and kept asking for more - I suspect the novelty will wear off soon. There was moments of I hate mummy school enrolled in there too at times though!

Right here are some pictures of the day. 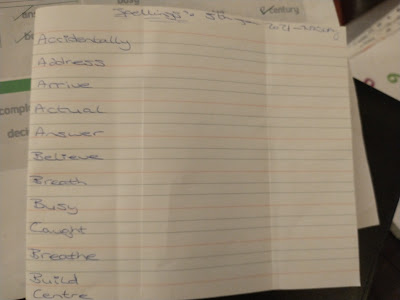 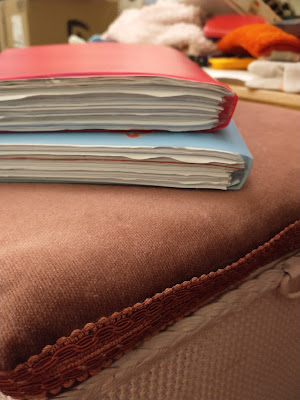 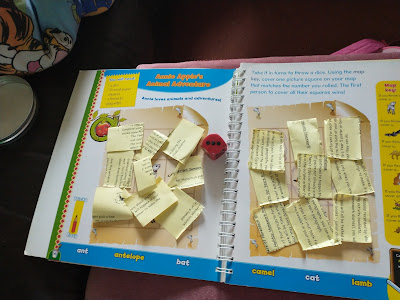 A game me and Sophie played. A kind of roll the dice and see who can cover their board first game wins. 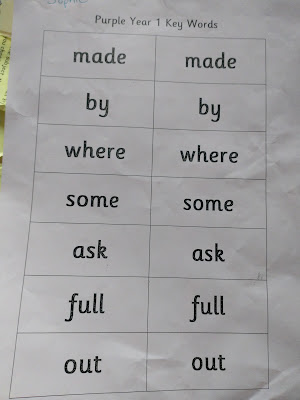 Sophies key words. Apparently she has long learnt these and I am behind with the times ... 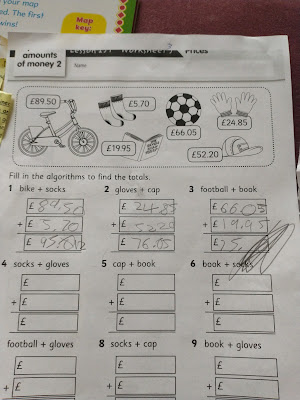 Jessicas maths before she went mad and scribbled on the page in a tantrum! School stopped here ... 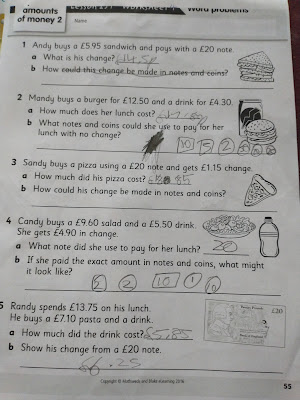 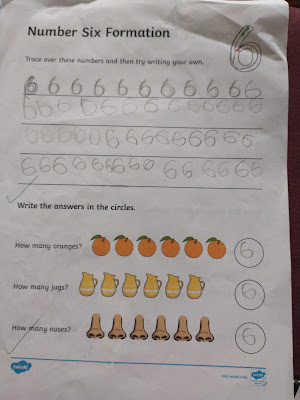 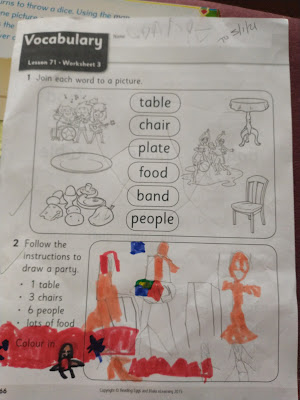 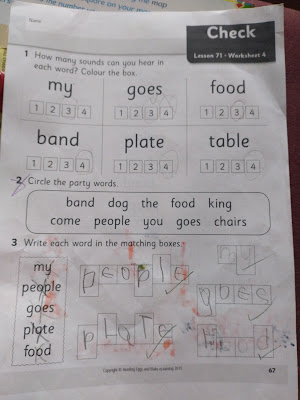 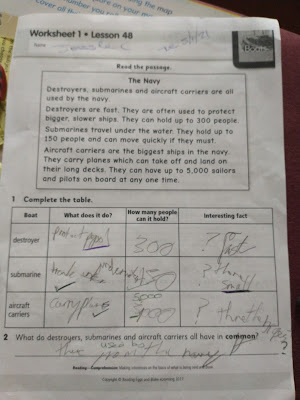 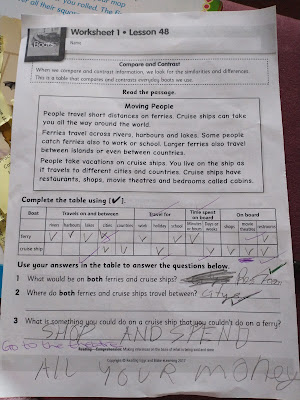 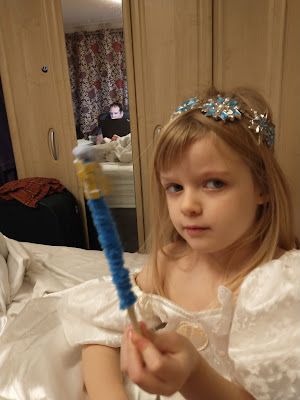 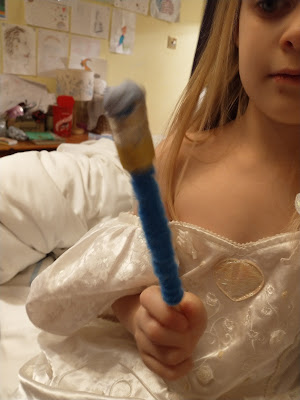 Sophie ended the day by making herself a fairy wand from a stick, pipe cleaner, glitter stickers and some blue tack on the top!

Right that's it! Tomorrow I have much more planned but as I am snowed under I'll just give a quick summery. English sheets for both, Maths, Spellings and Key Words. I am also going to tie in some school work for Jess as they have sent home a 9-3 timetable! Yea ain't following that as I couldn't get her to do 1 hour never mind 6 - Ha! Will just pick and mix stuff out of it. She has to read her school book and upscale some words using a thesaurus (I so think of dinosaur when I hear this word!) and a maths puzzle of fitting the numbers 1-9 (I think it was) into circles without the same sequenced numbers matching. So no 2 next to 1 and 3. It could go 357 or something. And I've forgotten what else I put down now! Need to get her on the computer too. ARGH. Just need to settle back into a routine! Sleep well all! Will try and update again tomorrow! Love - The Mad House!X