Well that is a week I don't want to live again! I still don't have a routine and today was by far the worst for that. Sophie had a zoom meeting at 9am instead of 930 so this meant getting up earlier. As you all know i'm no morning person so this hurt. I hadn't slept well again - not dropping off til gone 2. Jess got up just after 830 so that was us for the day. 6 1/2 hours sleep and i'm someone that needs a good 9-10 to function optimally. Urgh! Any way woke Sophie just after 845 and we snugged again for 10 mins then ran down to switch on zoom in our dressing gowns. Now I was really struggling bad with tiredness today so once every ones zooms were done at 1130 I went to Jessica's bed and slept/catnapped/got interrupted for a couple of hours.

Sophie's zoom was easy again with things like is 13 great or lesser than 19. Again we covered these in lockdown last summer. I think I will either miss the Maths zooms but keep the English or just attend both maybe 2/3 times a week. That said we are meant to have received the log in details for Monday this afternoon but i've had nothing or either child. And there was talk of taking the zooms as pre-recorded and just uploading to purple mash - Which tbh would suit me a heck of a lot more! I really am just making it up as I go along ...

So any way after I got up from my naps around 3pm I made the girls cheese & tomato toasties for snack/lunch for me and then pottered in the kitchen a bit. By 5pm I was fully awake so I dragged the girls off their ipads and we restarted school as they had done nothing except what they did in their zoom meetings.

Sophie started by playing some games on purple mash. So whilst she was on that - on the newly resurrected laptop I had forgotten existed - I got Jess to start by reading 10 minutes of her school book and then write down 8 adjectives and then put them in alphabetical order. Then she had to use the dictionary to find alternative words to describe them. 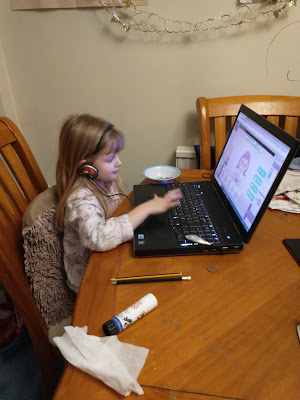 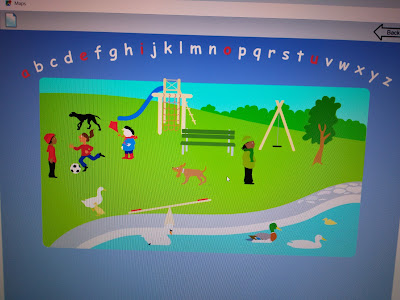 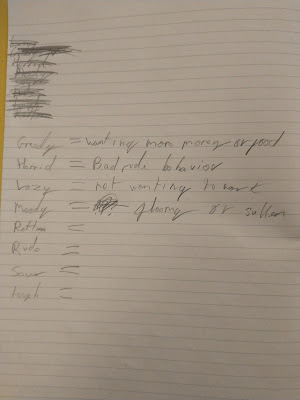 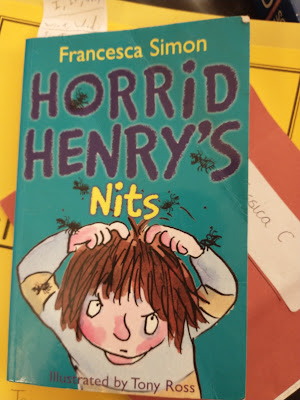 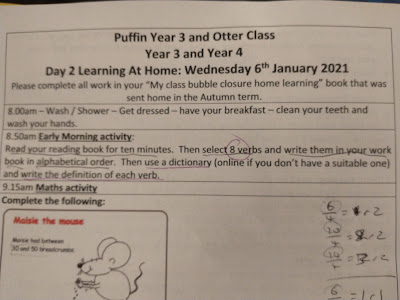 After this Sophie decided to make a start on some Maths and did some adding to 10 on her number lines. Again too easy for her really so I need to look into something a little harder! 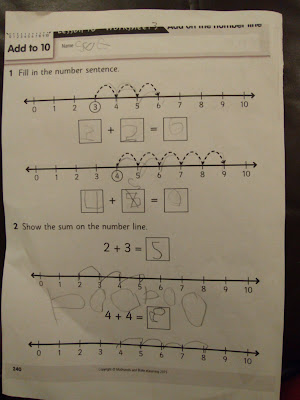 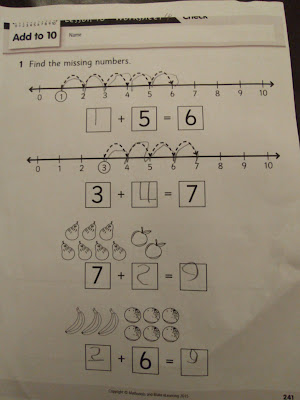 After this I tried to get her to line up her numbers on the floor like the other day. Matching numbers to the number word but it was too close to tea time and someone was too hungry to concentrate! So we gave up there.
After Jesscia's reading work she did some Maths. Maisy Maths set by school that was too hard for mummy to work out lol. She did another worksheet on fractions too that I didn't take a picture of and was school work set on purple mash. I just printed it out to use. 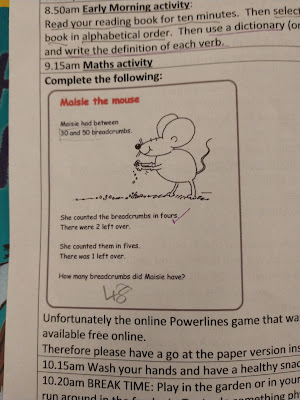 Then she did her spellings to end the day. 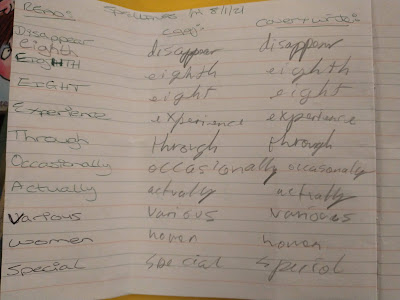 So that's it people! No idea what we are doing next week but i'll make a plan on Sunday. This weekend I plan to put up the Christmas post I was going to do until the world went mad again! For now i'm chilling with my laptop, some candles and relaxing music on the log channel on tv!Oh and chocolate! Really living up my Friday night LOL!! Right i'm off. Sleep well/Good Morning!! Keep looking up better days are coming! Love The Mad House! Xx
Posted by RebekahC at 16:03