So our previous post was about Santa visit. That was on the Tuesday night after school. I had forgot to mention that on that Tuesday morning Sophie had her flu vaccination in town at the school nursing team. She had missed out a few weeks back due to being sick.

So on the Wednesday we woke up at 7:50 to this lovely sunrise coming up out Sophie's window. Me - Being a night owl very rarely sees these! 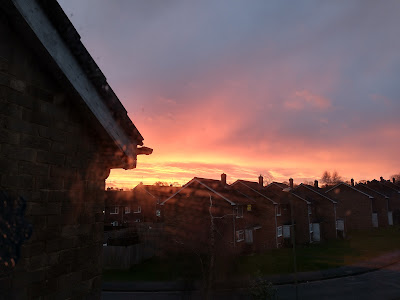 After the kids went to school I tried to tidy around a bit after a nap. Can't move much or do much in the dining room though due to the washing left over from the worms we had and boxes of Christmas decorations/junk! 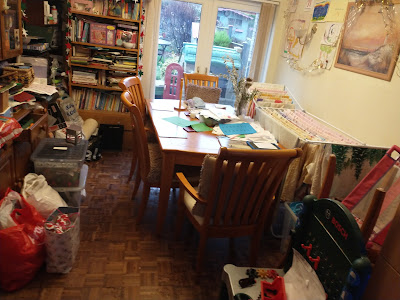 After school we had what ended up being our last swimming lesson before lockdown & Christmas! Sophie managed to get her first certificate and badge! I feel so sooo sooooo gutted that I haven't been able to sit by the pool and watch her learn :( I loved watching Jess in the beginner stages but i've missed all this with Soph. Just another thing covid has stolen from us. Memories we will never have :-( On the plus side I don't miss trying to bundle kids into the shower after! Haven't had that experience with Sophie yet but Jess was "fun" enough! 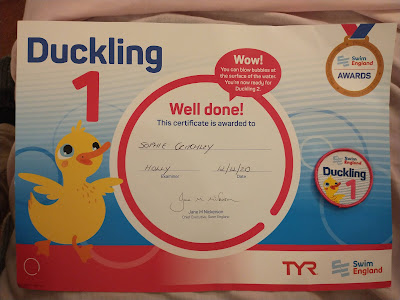 Thursday morning I was awoken at 5:30am but Sophie wanting a drink of water and a wee. All sorted quickly and sent her back to bed. Although she felt very hot to me. She had been cold at bedtime so we put socks on her feet and a blanket so I reckon she was over heated so took it all off and a sheet over her. I went back to bed but had a nagging feeling that I should check her temperature just in case. As it happens following mummy instinct was the best thing and I went back up. She was still awake and still feeling hot - about 20 mins after I left her - So I took her temp and it was up at 39.1c! Didn't take me long to work out this must have been the reactions to the flu vaccine taking over so dosed her up with ibruprofen. Didn't see her again so she must have gone back to sleep. She seemed ok when dosed up throughout the day but grump between doses. 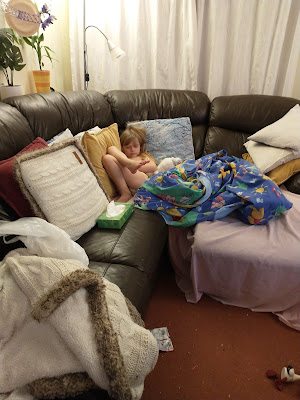 Friday! The last day of school before the holidays. Sophie's temperature was ok this morning but I didn't send her as she has a habit of spiking temps half way through the day after being ok! I felt bad though as it was school party day and also school concert day where they were to perform to the rest of the school. She had been looking forward to it! Gah! :( She was ok today too and made a Hygge house to play in with some fairy lights! 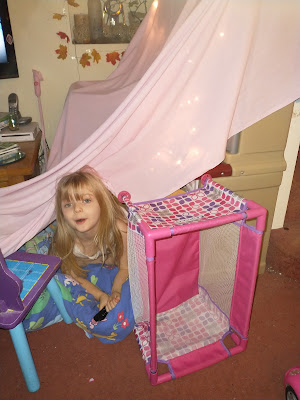 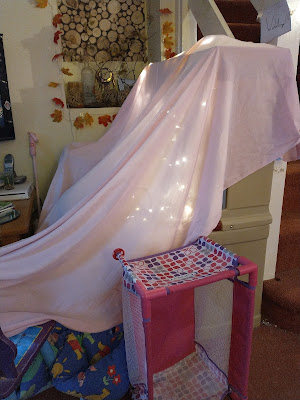 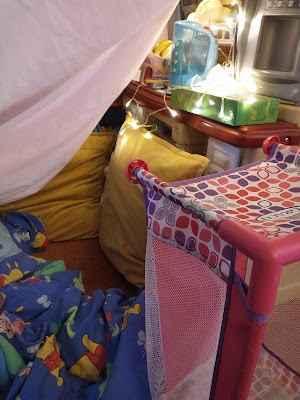 The weekend was taken up with lots of packing ready to go up north for Christmas. We almost didn't go though as after the Friday briefing I felt this wasn't a good idea with corona getting worse. We had the bubble "excuse" as mil lives alone but I felt she would be ok as she has another friend who lives alone and could come round for the day. I also didn't want to run the risk of any of us passing it on to either her or her friend! This was one of those occassions where you are literally 50/50 bang on the fence about a decision and it really upset me for 2 days! I went as far as to loose sleep over and got all anxious as I just didn't know what the right thing was. To me the right thing was to stay home and yet to leave an old lady alone for Christmas? Plus the disappointment for hubby to not be able to go? She also doesn't care about the risk of corona and would rather see us so that was extra pressure saying we should go. So in the end I caved and guilt for the better of me and we went!

Monday before Christmas: The elf had fun over night it would appear! And yet more packing! ... We leave tomorrow morning whenever we are ready! 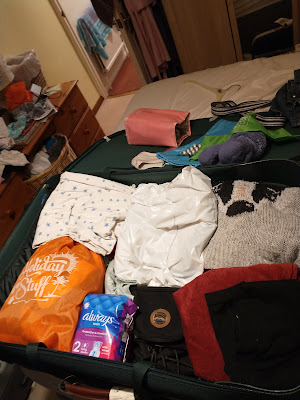 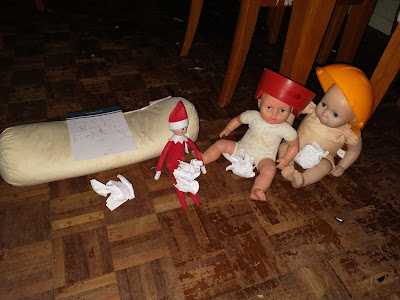 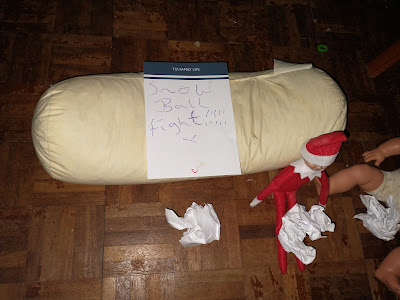 Tuesday! The departure day! We were up around 9ish and got to it. Ended up leaving home around 1145 and stopped 3 times for lots of wees! Ended up arriving at mil in Blackburn around 5pmish. We rested for around an hour or so then hubby and me went out food shopping. Mil doesn't have a car and no idea what our kids will eat so was best we do the shop ourselves. Got back - had a late tea - around 8pm I think it was! Then got the kids off to bed late.

Wednesday - This was a down day at mil's house. Just chilling on laptop and helped Sophie build a foam house we had brought up with us. I got it cheap at an NCT sale ages ago and thought it would be good for doing up there. 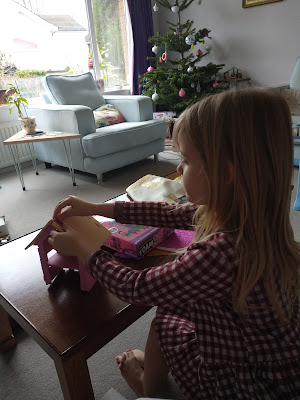 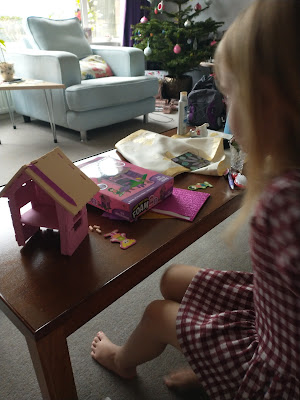 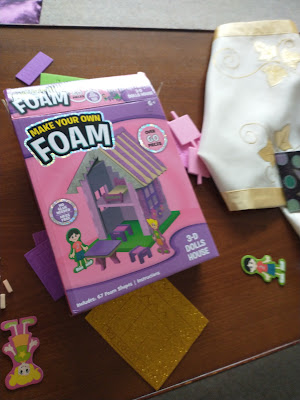 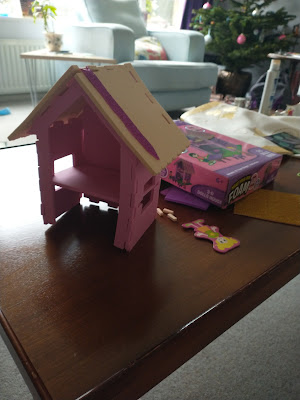 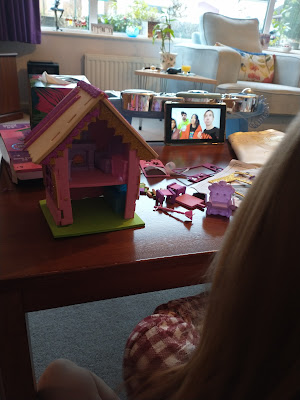 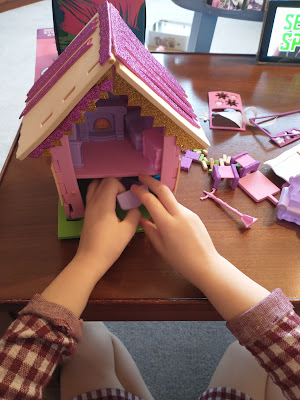 Thursday - Pretty much a repeat of Wednesday. Didn't do much in the morning. I put a blog post up on here. Finished making Sophies foam house. Wrapped kids presents and bits for stockings - as this is Christmas eve - in the afternoon. Then we watched a film - Elf! The Christmas classic! Sophie played on the rocking horse mil has. We piled all the presents under the tree after the kids were asleep - laaaate! We then settled down with the advent candle on and watched midnight mass - Of half of it then we were too tired for the rest! 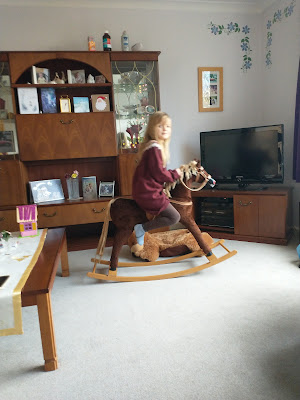 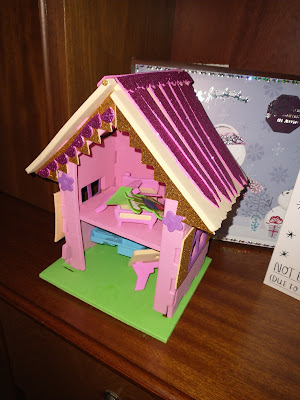 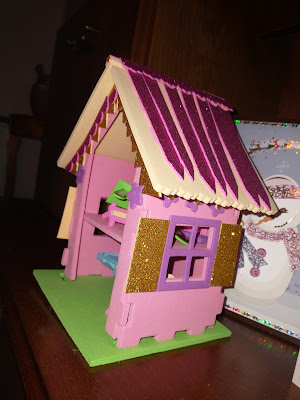 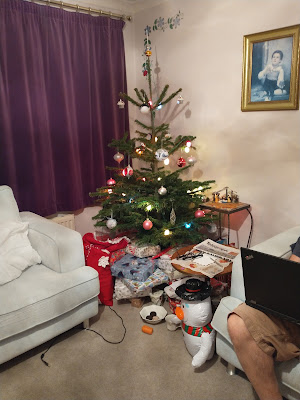 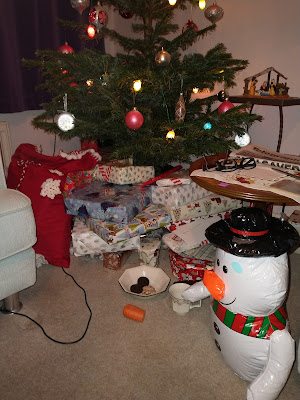 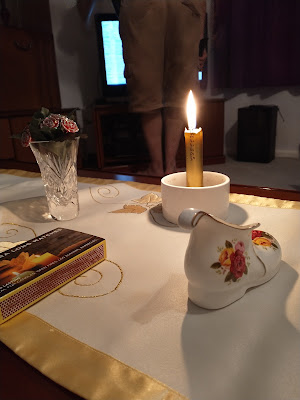 Right that will do for this update! The next one will be the Christmas day one! Enjoy reading! I'll be doing a interview of Sophie soon so get your questions in for me to ask her! :-D Enjoy the last day of the holidays! Back to normal tomorrow. Looks like we might see some snow this week but we shall see ... As I keep saying --- Keep looking to the skies! Lots of love to all X